This is an inspiring story about change in a young family over a short period of time.  From being dependent on the children’s social grants and trapped in a cycle of indebtedness, the family was able to take action on some of their problems by using budgets and improved financial management, care more for their home environment, start a food garden and even repair the structure of their house. The result was a comprehensive improvement in their living space and in the health and nutrition of the children.  The father even became motivated to seek employment to help support the family.

The Isibindi services came into this family on the 9th February 2016. Some of the community members who knew about Isibindi were concerned about the well-being of the children living in the *Zinso household and referred the case to the CYCWs.

The physical life-space was not conducive for the development of anyone living in the household, especially the children, as the shack would leak whenever it was raining which meant that they would not sleep well that night and their belongings would get wet. The structure was in desperate need of reconstruction.

The family also experienced financial difficulties as both parents were unemployed and depended solely on the child support grants for survival. They struggled with proper budgeting and as a result the social grant card was being held at a loan shark, which meant that they would have to pay their monthly debt to the loan shark and then would only have very little money left over for the month. This resulted in them being overly in debt because they would have to go back to the loan shark to ask for more money each month. 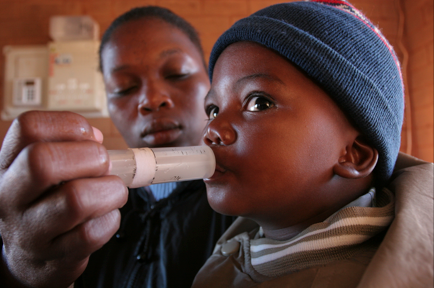 There was never enough money for food which negatively affected the children’s growth as they would sometimes go to school without food and only eat from the feeding scheme at school, thereafter not having anything to eat at home. This also impacted negatively on their school work. Moses (10 months) was supposed to be eating infant cereals and formula milk, but instead he would be given porridge and hard foods. The children were also exposed to domestic violence as the father would sometimes take out his frustrations on the mother, in front of the children, when he was under the influence of alcohol.

Through the intervention of the CYCW and the support from the Isibindi management team, referrals were made to the relevant stakeholders and family group conferencing was held with social worker where they were able discussed the issue of the misuse of the social grant as well as the domestic abuse. As a result of the family conference, the parents agreed to work together and do what was in the best interest of their children. The CYCW was able to conduct school visits and meet with the children’s class teachers who provided information about the children’s performance.

The situation in the family began to change once the CYCW put theory into practice and built trusting relationships with all members of the family through doing life-space work. She ensured that a family assessment plan was put in place in order to the determine strengths and developmental areas of the individual family members. There were a number of areas that needed attention, including the misuse of the social grants, hygiene, unemployment and domestic violence.

The CYCW continued with home visits and observed other areas needing development such as Moses not visiting the clinic regularly for immunizations and not eating age appropriate food.   According to the CYCWs knowledge of developmental milestones his weight was not corresponding to his age.  She referred the matter to the clinic sister who diagnosed Moses with mild malnutrition and ensured he received food supplements immediately, and thereafter on a monthly basis.

Slowly there were changes in the household. Communication between parents and children started to change and the children were encouraged to express themselves and make their parents aware if there was something bothering them. Daily morning home visits were done to support and check if the children bathed, ate breakfast and were ready for school. School visits were done to meet with Pule and Kelebogile’s class teachers to check on their school progress, which was reported to be good.  The parents were very open to the process and involved themselves with helping the children with homework and engaging the children in educational activities to stimulate the children to develop cognitively; this was modelled by the CYCW. 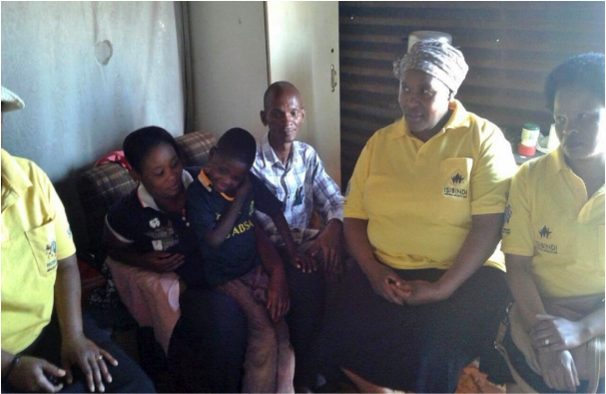 During the process of family work specific tasks were done, such as assisting the family with budgeting. The CYCW and the mother would buy nutritious food, and even though it was not enough for the month, they also managed to supplement the food supply by starting a vegetable garden, which they did as a family, including the children. This encouraged communication and strengthened the relationships between the family members. The school teacher was made aware of the family situation and was able to assist by giving the children extra food from the feeding scheme for them to take home after school.

The father was able to reconstruct the shack to stop the leaking. He then was motivated enough to seek employment to in order to supplement the household income. He is currently employed and working on a farm. The family now has enough food and the children are able to eat three times a day. The children are attending the Safe Park.

The Zinso family appreciates the services of the Isibindi CYCW. The mentor and management team visited the household where they were warmly welcomed, and the family was able to share how the situation had affected them before the intervention of the CYCW.  Teamwork played an important role as other CYCWs supervise the children during activities while they are at the informal Safe Park and are able to share feedback with the CYCW working with the family.

This family has been supported by the CYCW to develop their own plans and goals and to ensure that all members of the family are well cared for. The family has become more stable and secure and better able to provide for all its members.  This is a fundamental change.